For the next twenty years the seaside town of Ilfracombe will play host to 'Verity', Damien Hirst's 70 foot statue of a pregnant woman brandishing a sword. Half her torso is presented in an anatomical style revealing her sleeping baby within. Verity, meaning 'truth' in Italian, represents a  “modern allegory of truth and justice." 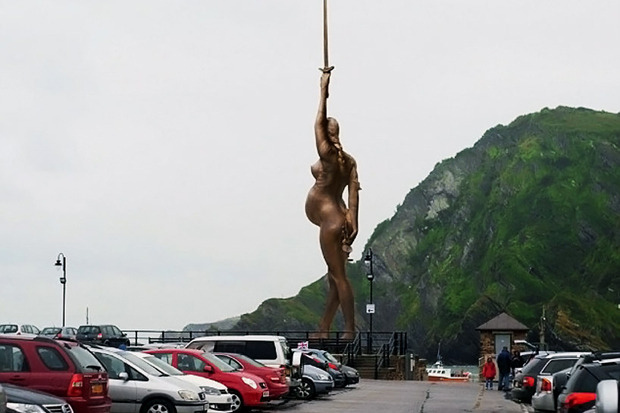 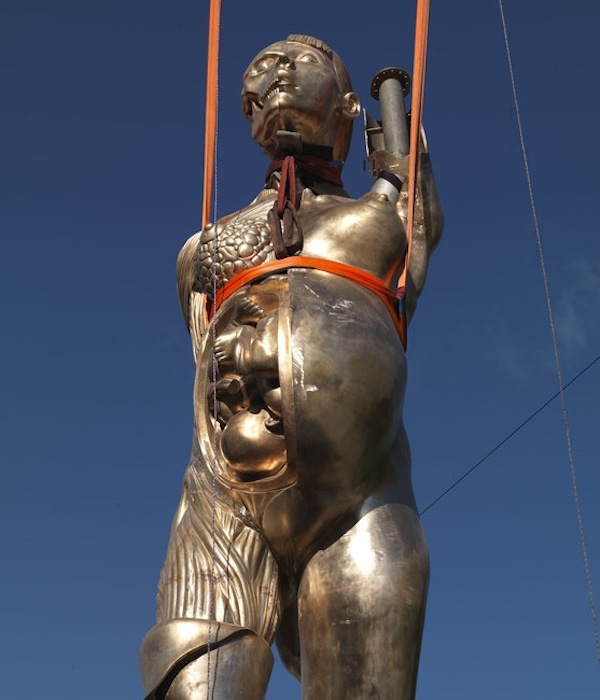 How divorced are we as a society from the realities of being human?! My favourite comment on Verity, on a Facebook thread, simply says:

"She is a fertility Goddess. Oh we forgot about her. We thought cars were more important. She is awesome."

Verity reminds me of something written in a Guardian article I was sent by a friend and former client yesterday. Frances Harrison, on the relationship between being a mother and war correspondant, contemplates how:

"As a mother, I found it harder to fathom the extraordinary cruelty otherwise gentle people are capable of in wars. At night in Sri Lanka, I would sit under the ceiling fan and rock my tiny baby to sleep in my arms, haunted by the stories I reported by day: tales of torture, mass graves and the agony of the missing fighters' mothers who never received a corpse to mourn. Both sides reeled out casualty statistics like cricket scores, forgetting the people they talked about were once someone's baby, loved and protected. It made it hard to get excited about the military hardware side of war – it didn't matter much if it was a T56 or AK-47 that did the killing. In the male-dominated world of foreign reporting I never admitted it, but motherhood did bring a new perspective to the story."


Verity also reminds me that as childbearing women we are powerful, amazing and strong. How striking is the contrast between this and the mainstream perception of pregnant women as delicate, vulnerable and stupid? Similar to Marianne Williamson's poem: