"We would love to finally introduce our little dude, who made it into the world at Helston Birth Unit on Monday 26th November after a rather drawn-out stint of early contractions from 1cm the previous Weds evening! I had a sweep in the midwife office on Thursday, but other than some bloody show appearing over the day and some mild to sharpish contractions, not much happened until late night on Sunday.

Jamie had been at a gig in Truro and had got in about 1.30am to me having pains in my sleep! We went into the unit at about 4.50am (which was only 10 mins down the road) and the midwife met us there. She assessed me and I was 5cm dilated. After the other midwife arrived I managed to get in the pool which was an AMAZING relief. I was probably in there for about an hour or so and had a bit of gas and air towards the very end.

I had my hypnobirthing affirmations and my labour music on, along with breathing and trying to remember the visualisations we had worked on in my yoga class as well.

The fact we were in the middle of a moonlit night made it all the more quiet and magical and I managed to get Jamie to film the final bit. He said my primeval motherly warrior scream as he came out was amazing. I struggled to see where baby was as I had no glasses on (oops) but the midwives were fabulous and one of them brought him round so I could bring him up.

I’m less sad and more happy that this is my last baby as I know my body has been through immense things and I feel our family is complete. There will always be a bit of me that still doesn’t believe I grew and gave birth to four human beings who totally depend on us.

I would thoroughly recommend pregnant women to use hypnobirthing and reach into the inner goddess that is being a mother. It helped to calm me even when I thought I couldn’t do it. Thank you, Tania and Jamie" 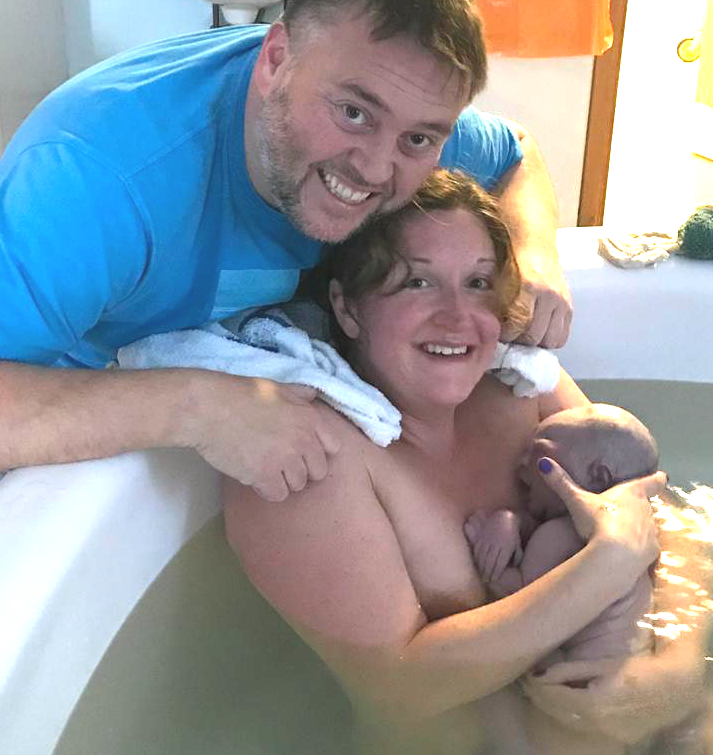