"So here is how hypnobirthing helped me... Due to high blood pressure I was not allowed to have the water birth I wanted, and I was getting worried that I would be convinced to get induced. So on my due date I relaxed and asked my baby to come.

During some bedtime fun with my partner at around 11pm I got my first contraction! I decided to try and sleep but unfortunately the surges came thick and fast and I started to be quite sick. I was very thirsty but with every bit of water I took in it came back out! Despite this I remained really calm and relaxed and tried to breathe through each surge. I must admit I found this quite difficult due to the tightening around my tummy but I continued to do so.

We rang the midwife in the morning and she suggested we went straight to Treliske (due to my blood pressure and signs of pre-eclampsia). The car journey was tough but I remained calm and listened to my relaxing music whilst laying on the back seat. We stopped a few times so I could be sick and took our time - my partner driving carefully over any bumps!

When we got to the hospital (at around midday) the midwife thought I looked very pale so took us to a room. A urine test revealed I was very dehydrated so was put on a drip straight away.

We put on my music, I smelt the lovely frankincense oil which had a very hypnotic effect, and carried on relaxing and breathing. My partner was amazing - during pretty much every surge he pressed points on my lower back which made them bearable, and tried feeding me bits of food (I still couldn't keep anything down).

The midwives popped in every so often and always said how lovely it smelt and how well we were doing. The surges were coming every 5-10 minutes and in hindsight I wish I had walked around a bit more but I just wanted to be still on the bed.

There were some amazing moments of bonding between my partner and myself, and I had a lovely deep hot bath at around 8pm which was amazingly relaxing and really helped me to get on top of things. One affirmation I kept on repeating in my head was "its not pain its power" which really helped me get through it.

At around 11pm a midwife checked me and was surprised to find I was 8 cm dilated! She commented that there were not that many women having their first baby who got that far with only a paracetamol and very little fuss! I felt quite proud of myself and decided to have some gas and air as I thought it wouldn't be too long until baby arrived.

They took me up to delivery suite where I think the change of scene made me go a bit off-track and I started to get quite tired. I still kept up the breathing and relaxing. I had another whole night of it, and by the next morning I was still only 8cm! With my blood pressure rising and ketones in my urine it was gently suggested that I could go for an epidural and augmentation. We decided this would be the best option as I was so tired and still could not eat much. So our beautiful boy Rowan came into the world around 1pm two days past his due date, after an hour and a half of pushing. He was 8lb15 and a quarter and it was noted how calm he remained throughout the whole labour.

Although I did not have the water birth I wanted I feel Alice's hypnobirthing course and MP3's really helped me in the few months before having Rowan. I felt calm, informed and prepared.

Although the birth was tough going, there were some really lovely moments that I just don't think would have happened if I was scared or panicking.

I would recommend to anyone who is going to have a baby to do the course. Alice has a lovely calm and gentle manner which instilled a sense of ancient womanly wisdom to me that I knew was there - it just needed a little coaxing out ! 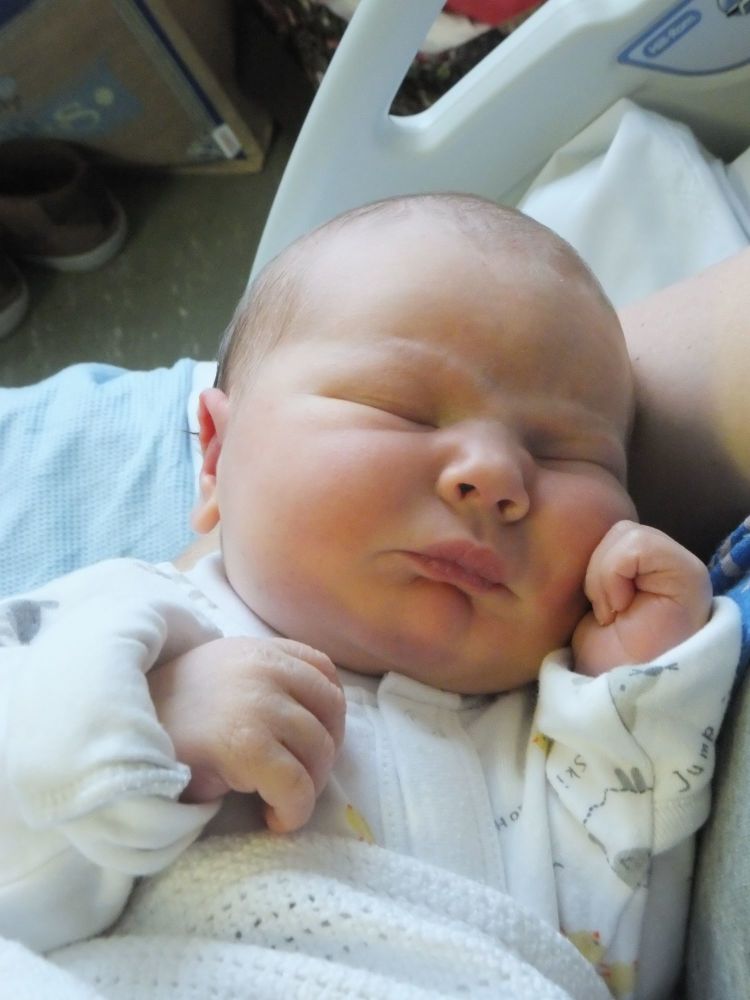